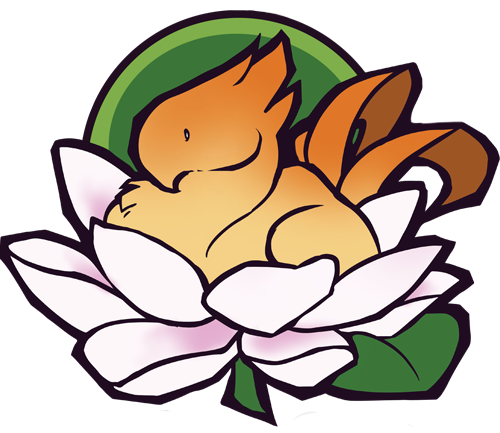 Shepherd of Souls | The Proprietor

At a Glance | Imposingly tall to stand next to with legs for days. Androgynous in silhouette with broad shoulders and an effeminate weight on the hips. His pretty eyes are an icy blue often set behind glasses- and notably blind without them. His hair is graying at his ears and age lines decorate his eyes when he smiles. His attire is sophisticated and carries himself with an air of class. What he wears looks expensive, even when casual. Sometimes a sheathed Far Eastern sword will follow his side loyally. He is formal and seems aloof with strangers, but is notably warmer to familiar faces. He is an entirely softer person in the presence of children.To the Aetherically Sensitive | Felore's aether is a curious one. It strays further from his body than others do. It is cold and has a nip of frost at its edges. It is a bright blue.Personality | Calm and collected under pressure, seen as easygoing and suave. There is a tender fondness with those he has great care for. Little seems to anger him, but if it does, he can turn on a dime becoming suddenly cold, silent and scary.

Felore was born in Ishgard out of wedlock to a Sharlayan father & Ishgardian Noblewoman. His birth parents were accused of heresy and executed in what was a brutal attempt by members of House Durendaire to cover up the scandal. It was his father's trusted colleague, Tatalaji Tasaji, a world renown thaumaturge working with the Sharlayan colony, that recovered an infant Felore from his fate to the Brume and in turn, adopted him. Felore, to this day, does not know much about his birth mother nor the people responsible for her murder.Felore was raised in an affluent dunesfolk household of the Sapphire Avenue with his brother, Totoji. He grew up well educated, supported & cared-for as the family traveled for their various business pursuits.Keeping his promise to Felore's departed sire, Tatalaji also trained his elezen son in matters of the arcane. It turned out that he had a natural affinity for magic with both of his birth parents being talented. As Felore matured, he accompanied Tatalaji for work with the guild, learning the ropes of covert archival work and developing curious sensitivities to the paranormal after a work related accident.Today, Felore has been charged with managing the Tasaji family's Far Eastern venture in real estate, The White Lotus Inn. He leads the Inn as it's proprietor and caries on his life's work as a paranormal historian while upkeeping old hobbies such as chocobo husbandry, sword sport and sharpshooting, and being a parent.

■ Death & the Paranormal. Felore has a particular interest in the study of aether in the afterlife, and may even be willing to divulge in his unique perspective on ghosts.■ Guns. On the outside, most see Felore as a socialite and a polite host. But Felore's interest in magitek firearms is not something to underestimate. He's a deadly sharp-shooter and will not hesitate to take lethal action on a threat he deems dangerous. He owns an impressive armory, often concealed, but always within reach. Growing up in Ul'dah around cutthroat merchants & working for his father has instilled a paranoia in him that can't be shaken.■ Music. Felore is a prolific piano player. It is his quiet hobby but with the encouragement of friends, he's gaining more courage to perform outside of his late night musings.■ Smoking. Felore likes to smoke socially. He'll never say no to a good cigar and he's often seen with his aethervape.■ Tech. Felore loves gadgets and is always on the look out for the latest trends in technology. He uses a tomestone with MogMobile.■ Business. Felore has extensive business experience & can empathize with venue leadership.■ The Firmament. Felore is involved in the restoration of the Firmament and has been seen around Ishgard ensuring his investments are going into the right hands. He's also known for volunteering his free time around the Brume orphanage.■ Chocobos. As a retired chocobo jockey, Felore loves to talk about chocobos, breeding them & their care.■ Food. Perhaps the easiest way to connect with Felore (or attract him to your social gathering) is over a mutual love for comfort foods.

Felo or Quel
30+ | They/them
EST time zone
QuelFabulous#0988■ I will not interact with people who use racist, homophobic/transphobic language or slurs IC or OOC.
■ I prefer in-game rp but can do discord in special cases. You can reach out on DnD status, I just won't respond until I can.
■ I enjoy writing scenes that are anecdotal, human, meaningful and have an impact on my character and those I write with.
■ Separation of IC and OOC is very important to me. I expect my RP partners to understand IC consequences and that my character will not act untrue to his nature for a specific outcome in a scene.
■ That said: I'm big on OOC communication. We're humans behind the screen and you're not destroying my immersion by checking in if you're unsure of something.
■ Please do not assault my character without OOC communication first.
■ RP time is my hobby time and my goal is for it to be fun for everyone involved.
■ I am a slow typer, especially in large events when there's a lot of emote scroll. Your patience is most appreciated! Feel free to send me a /tell if you think your emote was missed.
■ My IRL is very busy so I need to plan and schedule RP scenes in advance. I can generally swing 2-3 hours max for a scene. Reach out anytime if you have an idea.
■ I'm not comfortable writing with players or characters under the age of 21 due to the emotional maturity needed for the themes I prefer to write.